MOCHA has been a part of CHALK4PEACE since 2006 when
they first decorated their courtyard for the first global event.
Rae Holzman organized the project and helped us launch it
into the children's museum network.
Clicking on the Title of this post will take you to their website. 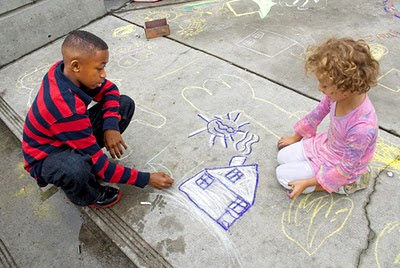 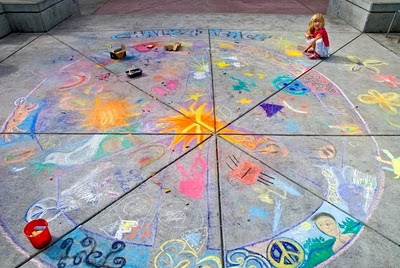 2008
We thank MOCHA for offering a place to express peace
in Oakland. This will be their fifth year.
photos: Jerry Downs Photography
Posted by John Aaron at 7:46 PM No comments:

IKAROS Solar Sail Will Travel The Galaxy with CHALK4PEACE Message

IKAROS (Interplanetary Kite-craft Accelerated by Radiation Of
the Sun) is a solar sail which gathers sunlight as propulsion by
means of a large sail. This solar powered sail craft will employ
both photon propulsion and thin film solar power generation
during its interplanetary cruise. The Planetary Society invited
the world to place messages into the Solar Sail. CHALK4PEACE
is sending this message into space:
"We ask others in the universe to join the planet Earth in
expressing their vision for intergalactic peace amongst peoples
and planets through CHALK4PEACE, which is a worldwide
sidewalk chalk painting project about peace. This event became
a global expression in 2006 AD. Its purpose is to draw the world
closer to peace because we have a lot to chalk about.
Simultaneous expression. Imagine Peace. chalk4peace.blogspot.com"
Posted by John Aaron at 6:13 AM No comments: 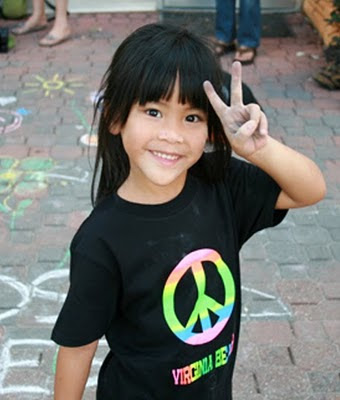 Posted by John Aaron at 8:01 PM No comments: 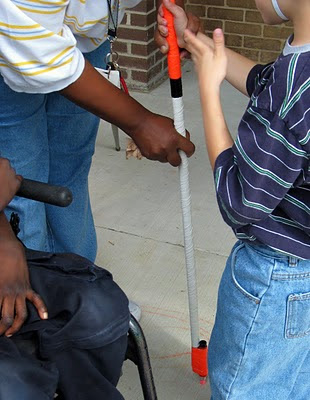 At Glebe Elementary School, Arlington, VA, a young man
draws during CHALK4PEACE '06 with the aid of a
"Matisse Drawing Stick", a device similar to that which
Henri Matisse used to draw lifesize figures on large
canvases. Modified to hold chalk pastels, it allows the
chairbound and those with certain motor skill deficiencies
to reach the ground to create their drawings.

CHALK4PEACE wants EVERYONE to be able to draw the
world closer together for peace...
These units are available for schools and libraries upon
request to CHALK4PEACE, Inc. as a public service.
email: chalk4peace@gmail.com
Posted by John Aaron at 1:43 PM No comments: 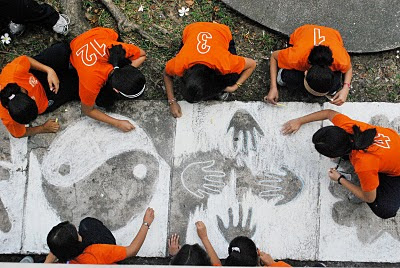 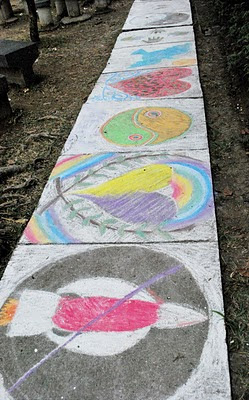